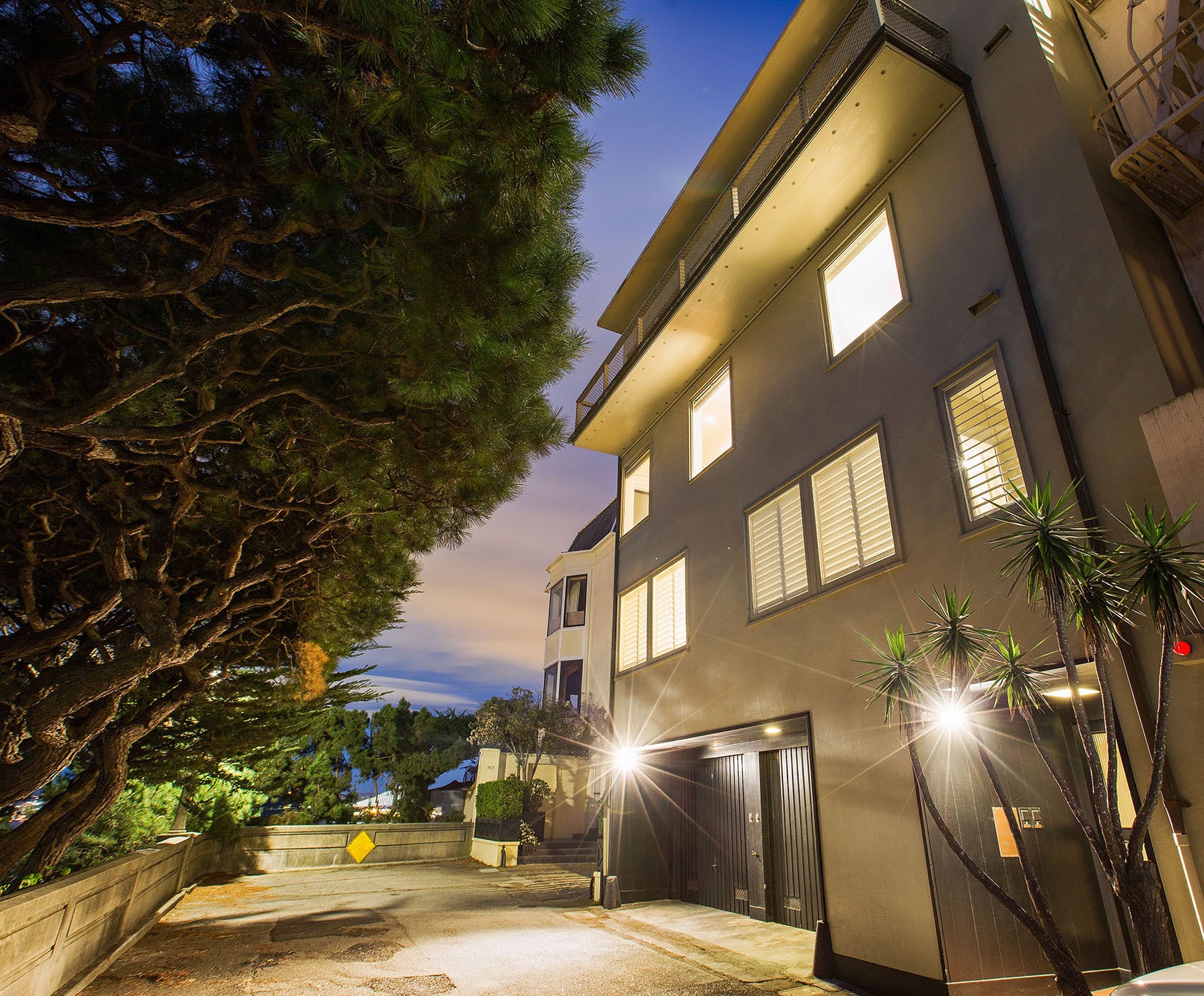 Joel Goodrich and I are pleased to present a unique, sophisticated, one-of-a-kind home by famed modernist architect and founder of the prestigious UC Berkeley College of Environmental Design, William Wurster (1895 – 1973). This home at 173 - 175 Chestnut Street not only showcases Wurster’s genius in modern design but also features sweeping Golden Gate to Bay Bridge views. Perched on the coveted northeast tip of  Telegraph Hill, the quiet cul-de-sac at the top of Chestnut Street makes for an enchanting setting.

In typical Wurster style, the orientation of the house gives each room the benefit of a beautiful view. Whether overlooking the beautiful San Francisco Bay or peeking out at the sun-dappled Thomas Church-inspired garden, each room is situated in a way that displays the outdoor beauty on the inside. Selected spaces, the living room, dining room and master bedroom, have direct views to the Bay and also windows and terraces to the interior garden.

At first glance, Wurster’s understatement might fool you. He had a disdain for luxury and over-design yet his use of modesty was brilliant. Wurster's talent for a home’s siting and orientation becomes more apparent to me each time I show this special property.

As you may know, Wurster built hundreds of California homes over the course of his 45-year career. A handful of those treasures are situated in San Francisco, and the one at 173 – 175 Chestnut Street built in 1940, also includes a legal rental unit.

Visit my Market Insider page for access to the most up-to-date local real estate trends and listings.